The ex-Pulp frontman has signed up as patron of ‘Ron’s Place’, to help it gain worldwide recognition as a unique example of ‘Outsider Art’.

Meanwhile Jan and her partner Chris Teasdale have launched a Patreon appeal, to which people can sign up to donate a small amount of money every month to help fund its restoration.

Jarvis said: “Art from the usual channels has become so entwined with commerce. The rush that you get from creativity has kind of got a bit obscured.”

“That’s one of the things that attracted me to Outsider Art, it feels like it was seeing it in a purer form.”

“They are 100% committed to whatever vision they have got because they are in it – they are sleeping in it, they are eating in it. And that’s quite a thing to behold.”

Jarvis Cocker was introduced to Jan and Chris by award-winning Liverpool-based filmmaker Martin Wallace, who describes Ron’s Place as the only example of Outsider Art of its kind in the UK.

In 2016, Wallace and Cocker created a series of three one-hour documentaries, Journeys into the Outside with Jarvis Cocker, which explored the artistic concept across the globe. Martin is now working on a film about Ron’s life.

So-called ‘Outsider Artists’ usually work outside the mainstream art world and often, unlike Ron who studied at the Laird School of Art in Birkenhead, have no formal training. Their work is very rarely preserved as those who discover it don’t understand the value of what they are seeing.

Martin said: “Jarvis’ involvement will make a massive difference because it brings a national and international credibility to the place. Otherwise there’s a risk it can be seen as parochial when it’s something really important.”

“We went all over the world looking at these sorts of places and there’s nothing like it in the UK. It’s a rare thing generally to find such an alternative environment that’s been built in secret.”

Jan said: “We’re thrilled about Jarvis getting involved. His song Common People really resonates with us as our work is all about celebrating the extraordinary achievements of ordinary so-called common people.

“Having limited means doesn’t mean having a limited imagination. Ron was one of the most resourceful people we’ve ever known and had the most fantastic imagination.”

Read the full article in the Liverpool Echo here 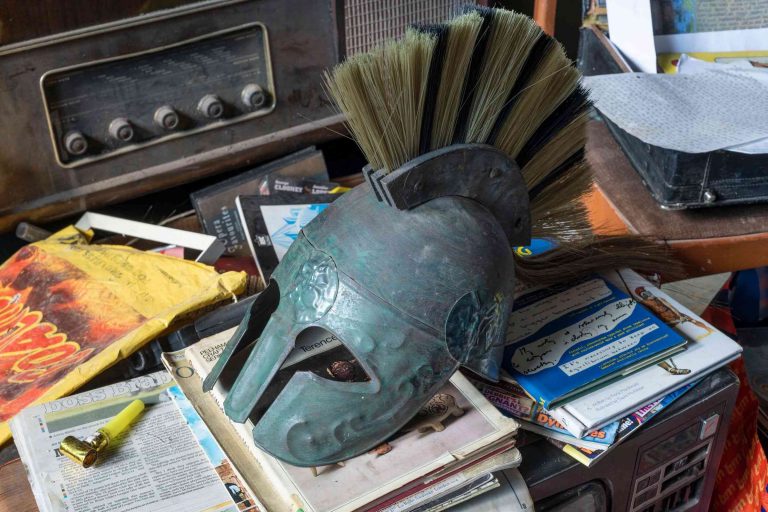 Sketches: Stories of Art and People, Interior Life. Anna Freeman presents a showcase of stories about the meaning of art in people’s lives. This week, in stories of people using their homes as a canvas,… 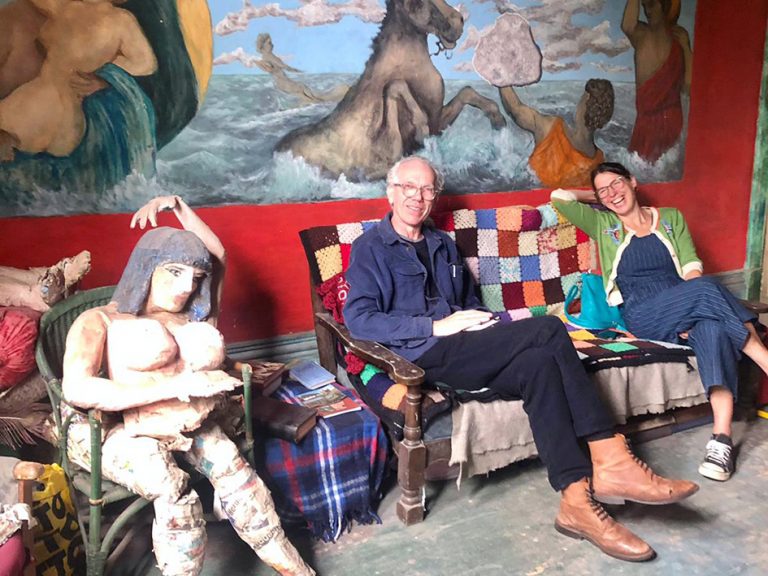 We’re delighted to share with you a sample chapter from Liverpool based writer Jeff Young’s next book, a work in progress called ‘Lucid Dreaming’. Our Ron’s Place advisory board member Angela Samata assured us that… 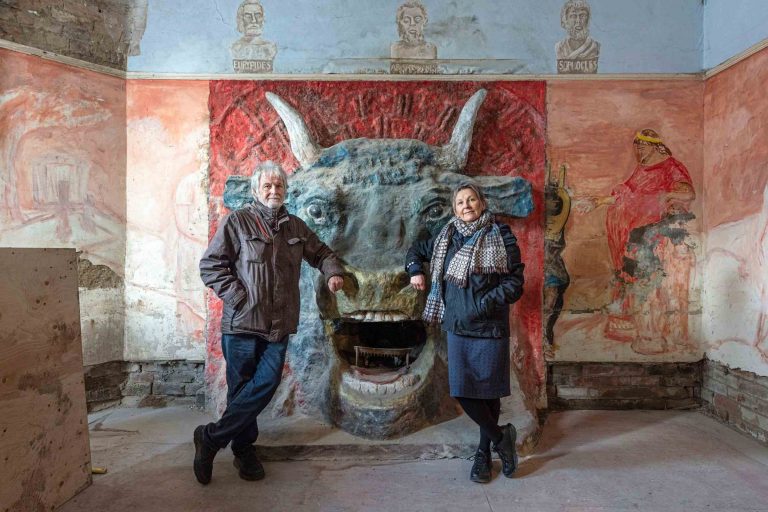 Jan Williams and Chris Teasdale talk to David Clegg about the life and art of Jan’s uncle, Ron Gittins. Listen to the interview hereImage: Thierry Bal 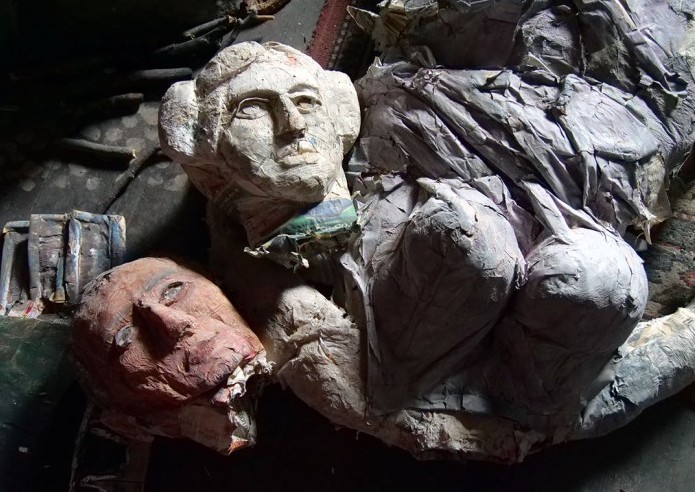 SPACES—Saving and Preserving Art and Cultural Environments—is dedicated to the study, documentation, and preservation of art environments and self-taught artistic activity. It is currently a preservation project of Kohler Foundation.  Read the article about Ron’s… 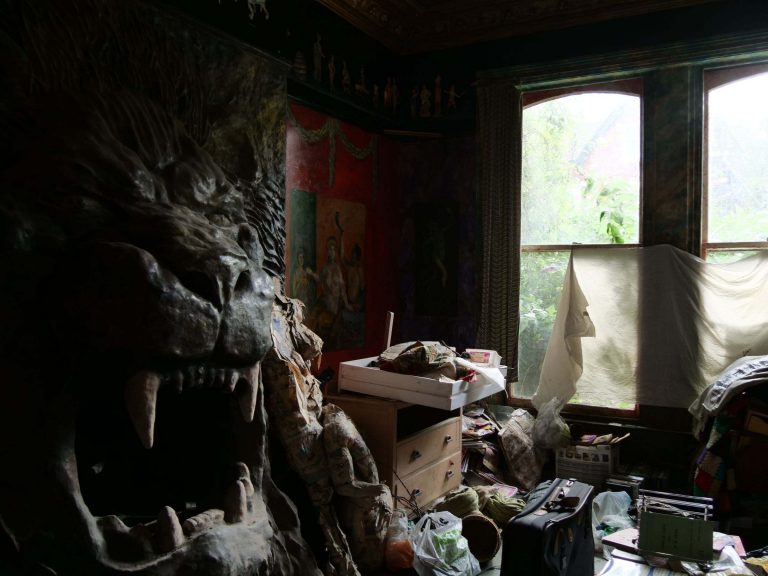 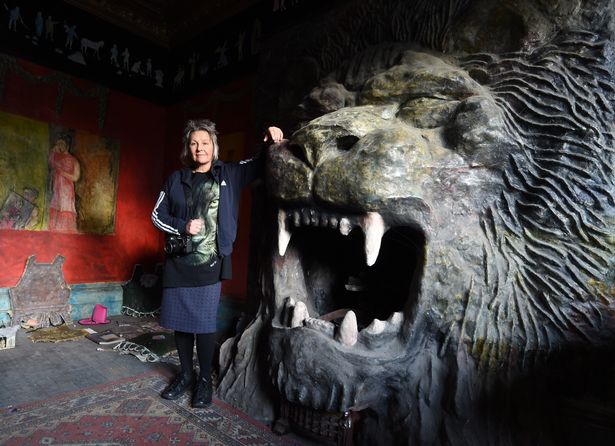 From the outside, the only sign that Ron’s home is any different to the other double-fronted Victorian terraces in Oxton Village is the pile of rubbish in the front yard and the dirty white blinds covering the…